Global War on Terrorism Memorial Foundation President and CEO Michael “Rod” Rodriguez certainly has the “bonafides” to lead this initiative. Military service is a “family business”; his grandfathers served in World War II and his father served in Vietnam. Rod’s wife is a Veteran and his son currently serves with the 82nd Airborne. Rod himself served 21 years, much of it as a member of the elite Green Berets. 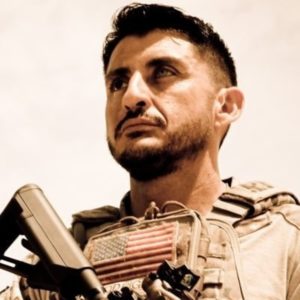 Green Berets are often the “first to go” and it was no different in the Global War on Terrorism. Task Force Dagger was on the ground in Afghanistan less than one month following the September 11 attacks.

After three significant traumatic brain injuries, Rod lost the sight in his left eye. He tried to remain with his teams but eventually faced the realization that he was not at 100% and it wouldn’t be fair to his teammates to continue to serve.

The mission of the Global War on Terrorism Memorial Foundation is to plan, fund and build a memorial on the National Mall in Washington, DC. The memorial will be a lasting tribute to the courage and sacrifice of all who served in the Global War on Terrorism.  The four tenants of the Memorial are to Honor those who served (including civilians and families), Heal by becoming a point of reflection on this multi-generational war, Empower civilians to a better understanding of those who serve, and to Unite our nation.

A key milestone in the project was passage of a law that exempts this memorial from the 10 year statutory waiting period following the formal conclusion of the war that any memorial is intended to recognize. This is important considering the Global War on Terrorism is our nation’s longest and still ongoing.

People can support the initiative by:

TAKEAWAY: “Patriotism doesn’t necessarily mean wearing a uniform. If you are serving your fellow man you have my love.”