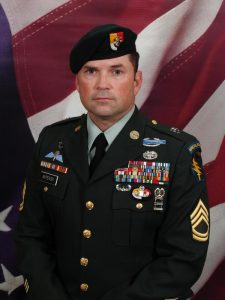 Debecka Pass was a historic battle by many standards. Some even call it “The Alamo” of the Iraq War. In what is now considered by many a pivotal point in modern combat, two Green Beret A-Teams and their Peshmerga allies were confronted by a significantly larger force of tanks and armored vehicles.

Superior tactics – and the first battlefield use of the Javelin anti-tank missile resulted in a victory for the US forces. Frank Antenori was a member of one of those A-teams and recounts the mission for our listeners. “It is seared in my memory; I was about 800 yards from an Iraqi tank, which in combat terms is too close. There were 32 of us against 300 Iraqis and they had tanks.”

Frank also shares the amazing story of his very first assignment; training Mujahideen forces to fight the Russians. Their cover was to go in as aid workers, something Frank finds funny to this day. Their cover was so extensive that he was officially “checked in” to a Virginia motel for the three months he was deployed..complete with an agent who would daily visit the room to “mess it up” to create the appearance Frank was living there.

Frank tells the story of the Battle of Debecka Pass in his book Roughneck Nine One: The Extraordinary of a Special Forces A-Team at War.

TAKEAWAY: “Special Forces is basically like the Peace Corps..with guns. We do a lot of humanitarian aid.”