Darden Smith – We All Wear Uniforms

Darden Smith – We All Wear Uniforms

Darden Smith has been called one of the most respected American musicians working today. As a songwriter, he has spent most of his life thinking “There’s a song here somewhere.” His motto is “Write Songs. Tell Stories. Move People.” 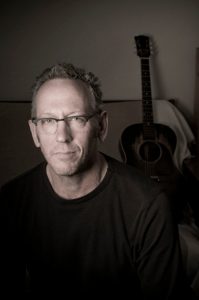 As a typical civilian, Darden Smith had a lot of misperceptions about what it meant to serve in the military. That was before he was booked to perform at Landstuhl Regional Medical Center for a group of service members just returned from Iraq. He says the concert didn’t go very well but it changed his life. It was there he met a guitar playing Marine who shared some wisdom; “We ALL wear uniforms. YOU look like a musician and I could judge you based on that. But beneath every uniform is a human being.”

Darden had previously done collaborative song writing with various groups. He wondered what it would happen if he, as a civilian, sat down and collaborated with Veterans. While visiting with the Texas Air National Guard in his hometown he first heard the term Angel Flight and immediately knew THAT was a song title. When he asked a pilot why he did it, the response became the first verse of a new song. While visiting his friend Radney Foster, Darden was experiencing writers block. He and Radney sat down and finished “Angel Flight” in thirty minutes.

He was asked to do a collaborative writing workshop with some soldiers in Colorado Springs and “it blew his mind.” That experience led him to work with Mary Judd to create “Songwriting With Soldiers”.

TAKEAWAY: “Go..go..just go. Sometimes your dream isn’t how you make a living. If it makes you happy do it because life is finite, time is finite. Do your thing because the world actually needs what you have.”