Lt. Col. Charles Faint joins us to further explore a couple of his recent military life related articles. His stories are often humorous but always insightful. (Disclaimer: Charles currently serves in the US Army. His opinions are his own and do not represent the policies or opinions of the US Army or West Point Academy.) 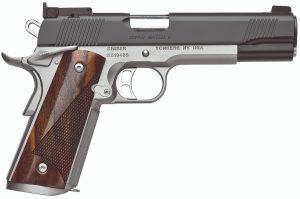 Most of his stories usually begin with his two young daughters “ratting him out”. It happens so often he has taken to calling them OPSEC Violator #1 and OPSEC Violator #2. This particular scenario occurred in December when his daughter told grandmother that “Dad pulled a gun on Santa Claus”.

It began as a normal day but soon abnormalities began to pile up. The first was a campus wide alert of a “credible threat” of potential violence directed against the Academy. That was soon followed by an announcement that a woman had been stopped coming in the gate with a semi-automatic rifle in the trunk. Charles then heard explosions and what sounded like gunfire followed by sirens that made it seem like every first responder at West Point was headed to his neighborhood.  After texting his wife to avoid the area, he removed his pistol from the gun safe and prepared for the “Battle of Stoney Lonesome”.  Rest assured Santa Claus was NOT assaulted. Listen to hear the full story.

We follow up with a discussion of his most recent Havok Journal article “All of the Veterans Who Said Don’t Thank Me for my Service Are About to Get Their Wish”. Charles discussed a recent Reagan Foundation poll that showed trust in our military has declined 14% in the last three years. We discuss the potential reasons behind this shift and the ramifications for our nation and the Veteran community.

TAKEAWAY:  Referring to the West Point incident he says “It’s amazing what you think about in the moment.”