A “moral injury” can occur in response to witnessing behaviors that go against an individual’s values and moral beliefs.  I was first introduced to this concept by Col. Marc Walker of the 12th Air Force and asked him to explain it further to our listeners. 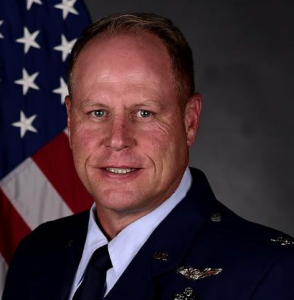 Clearly, in war, there are many situations that can cause moral injury. These can include death or harm to civilians, “same team” violence, concealed acts of cowardice, sexual trauma or the inability to prevent death or suffering.  These incidents don’t happen only in combat – Marc shares examples he witnessed while maintaining equipment.

While moral injury has been with us since the beginning of time, it wasn’t until recently that it began to be examined through current psychological lenses.  It is estimated that there is a 50-65% moral distress rate among service members. While one would think it disproportionally impacts younger persons who have not have as much exposure to the world, Marc says it is more common in senior service members as they take on added responsibilities of command. “Even for those special operators who are trained to compartmentalize and put it in a box, eventually that box can become full and overflow.”

We discuss how moral injury also occurs in civilian life like witnessing a bad auto accident or acts of betrayal in an office environment or personal relationship. While it can be difficult to diagnose, some symptoms include poor self-care, irritability, trouble sleeping and even fatigue and headaches.

Marc currently serves as Director of Logistics, Installations & Mission Support for the 12th Air Force. He is a “Mustang”, having begun his career as an enlisted airman before becoming an officer.  He strongly believes that this gives him an added advantage in commanding his personnel as he has walked in their boots.

TAKEAWAY: Like with any mental situation, if one suspects someone is suffering it is better to bring the issue up and be wrong than to overlook it and live with the regret of not taking action. This in itself can cause a moral injury.