Shadow Tier author Steve Snyder served in the White House Communications Office, worked with the Secret Service and earned his Green Beret.  Much of that experience is reflected in the pages of his first published book. 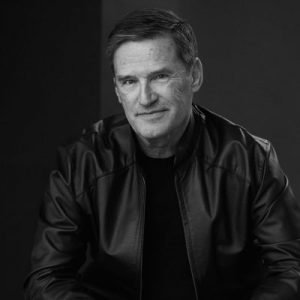 While in Army basic training at Fort Ord, a group of men wearing suits and sporting non-regulation hair addressed his class asking for volunteers for a special assignment. Steve figured wearing suits sure beat crawling around in the mud. He would become a member of the White House Communications Agency. This is a multi-service unit that provides communications support for the White House staff both in Washington and around the world.

His experience made for a natural transition to becoming a technical support member for the US Secret Service. One year he was on the road for 300 days.  Steve entered the private sector as a contractor and then decided to earn his Green Beret as a member of a National Guard Special Forces Unit. The Guard operates two Special Forces units – the 19th & 20th in Utah and Alabama. Much of his time in the Guard was spent conducting special training with Latin American Forces. This is the reason Steve made the characters in Shadow Tier members of the National Guard Special Forces.

In his “day job”, Steve developed cyber security products that support the war fighter and intelligence communities. We spend some time discussing how the drug cartels are rapidly expanding into the use of cyber capability.

Steve is currently working on two more books that will be a continuation of the Shadow Tier series.