Veteran’s Repertory Theater President and Artistic Director Christopher Paul Meyer had acting in his blood. He comes from three generations of theater performers.  But the 9/11 attacks created a long detour from the performance arts. 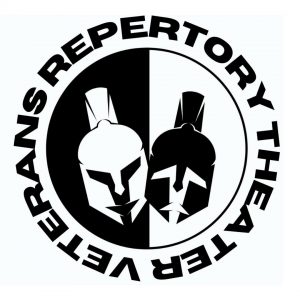 Chris found some success acting, including a small role in a television soap opera. He chose to focus his energies on stand-up comedy because that allowed him to be more entrepreneurial. His directorial debut was a one act “off-off Broadway” comedy. Opening weekend went well, the theater was closed on the following Monday and the 9/11 attacks happened on Tuesday.  Chris was scheduled for jury duty that morning at a courthouse near the World Trade Center towers. He described his experience as curiosity evolved into panic and the reality of the scene unfolded.

While Chris didn’t immediately enlist following the attacks, he joined the National Guard several years later when it became apparent this would be a long war and recruiting numbers were lagging. He spent 33 months in combat zones and earned a Bronze Star in Afghanistan.

After 20 years of “wanderlust” he would return to found the Veteran’s Repertory Theater to allow those who have experienced danger to tell their stories through theater, poetry and writing. Their programs also include family members who also have borne the burden. They have multiple programs available, many of them online. These include the Savage Wonder Podcast, Savage Wonder Literary Blog and Write Loud. While they are located in upstate New York, his goal is to make them a national brand.

Chris also shares his experiences working with a group helping to get our allies out of Afghanistan. His team focused upon Afghan commando allies. “It was one of the hardest things I’ve ever done without being deployed.” Chris was managing 11 families and it was a 24 hour job.  All of them have been removed from danger.

TAKEAWAY: The Afghan commandos that fought shoulder to shoulder with us would be great Americans in a heartbeat.