Charles Faint wanted to provide his West Point cadets with a real life examples of team building.  But he had to get approval before he published the article “Competition, Call of Duty and ‘Naked Chicks with Guns’; Lessons on Team building from an Elite Special Operations Unit”. 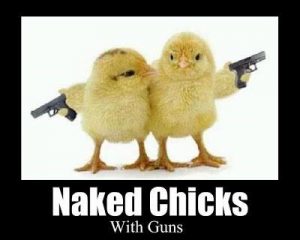 The issue also caused quite a bit of controversy around his family dinner table – particularly for his daughter Emily.  Emily shares HER perspective to begin our show.

This excellent article highlights Charles’ duty as an intelligence officer with the 160th Special Operations Aviation Regiment.  Known as the “Nightstalkers” this elite unit is comprised of the best qualified aviators, crew chiefs and support soldiers in the Army.

Soldiers who volunteer for this select unit are by their nature highly competitive. This desire to be the best at everything manifested itself in some strange off duty competitions including pushups, yoyos, geography and even juggling.  But competitiveness translated into mission effectiveness; EVERY soldier in the unit wanted to be the best at performing their duties and mission objectives.

One area of competition cited by Charles came about when the pilots challenged support staff to a Call of Duty video game competition.  At first the support staff got their clocks cleaned. But they turned it into a team building exercise. They strategized, practiced, and even engaged their technical experts in using a higher powered computer to give them a half second processing advantage. Soon they were beating the pilots.

Everything the team did together, whether playing Call of Duty or eating together built relationships of trust – a basic and important element of team cohesiveness.

Charles emphasized that Naked Chicks with Guns was in quotation marks. He discussed what the Army DOESN’T do, including actually showing any sort of disrespectful photo in a briefing or actually referring to a fellow soldier as a “chick”.  This reduces trust and runs counter to team building.

Takeaway:  Those pilots were waiting for the green light from us, and when it came on they went for it. They didn’t need my “but..” There was no time for “but..”  “But” causes hesitation and hesitation gets people killed.