“Freedom” is the latest release from multiple New York Times bestselling author Sebastian Junger.  He has also produced several documentaries including the Academy Award nominated documentary “Restrepo”.  In my opinion, Sebastian is one of the most insightful translators of the nature of the human condition I have ever read. 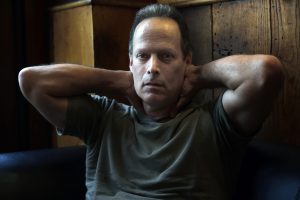 He chose the topic because “Freedom is one of the few things that people are willing to die for. It’s a core human value.”  “Freedom” is a short but powerful read. Sebastian says that in today’s world people are busy so he wanted to communicate the core of his message as efficiently as possible.

Freedom is organized into three basic chapters. He chose the three elements that have historically allowed people to retain autonomy in the face of a greater power; Run, Fight & Think. Each chapter examines the concept of freedom through a diverse set of examples ranging from historical peoples to certain animal groups. A particularly fascinating point he makes involves the Gini Coefficient, a measure of the income gap in a country. Empires who have really dominated human history have moderate Gini Coefficients.

We spend some time talking about the concept that societies who are sufficiently organized to defend themselves against others are also organized enough to oppress their own. Democracy is an attempt to balance the two.  Sebastian proposes that Democracy is like a marriage. Couples can disagree but when contempt creeps into a marriage it is over.

Sebastian is co-founder of the Vets Town Hall. The special events allow Veterans of all eras to stand before their communities and speak. Dozens of these town hall events have been held across the country.

TAKEWAY: “Anything that distracts you and takes you further from your conscious self is a form of entanglement and a reduction of your freedom.”