Sled Driver Brian Shul should not be alive, much less belong to the elite cadre of pilots who have flown the world’s fastest airplane. The SR-71 can flight at altitudes exceeding 85,000 feet and speeds beyond Mach 3 (2,223 miles per hour). The aircraft is truly faster than a speeding bullet. 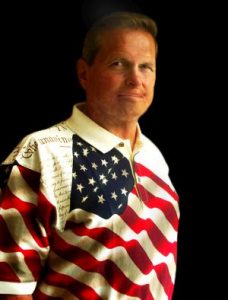 He flew 212 covert close air support missions in Laos and Cambodia before being shot down. Unable to eject, he expected to die in the fiery crash but survived. Following a harrowing rescue, doctors did not expect him to live.  Brian himself admits that the ordeal was so intense that he prayed for a merciful end.  And then something changed – he decided he wanted to get back in the cockpit.  The top flight surgeon in the Air Force was so impressed with Brian’s attitude that he offered to personally conduct the physical so that no one would question the results. He may be the only pilot ever to arrive for his flight physical in an ambulance.

Brian Shul would return to the cockpit, flying the A-7 and becoming a member of the first operational A-10 squadron. He aspired to even greater speed and heights (literally). Colleagues warned him against attempting to join the SR-71 program because if he failed the astronaut’s physical he would never fly again.

Brian recorded over 500 hours in the Blackbird including flying three missions in three days during the Libyan crisis.  A prolific writer and photographer, his stories have become legend including the amusing “speed check” narrative which has several million views on the internet.

Brian’s book “Sled Driver” is perhaps one of the best & most popular books written about the profession and he is in high demand as a speaker around the globe.

TAKEAWAY:  “I’m living proof. Attitude is everything. Don’t miss the moment because of fear.“