Matthew Marsden made a comment during an interview last year that just floored me. So much so that I invited the British born actor/director to join me for a special Independence Day show. Sometimes it is valuable to examine ourselves through the lens of an “outsider”. 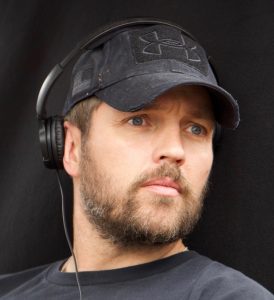 Marsden was raised by a single mother living in public housing. He was fascinated by US television and even comic books. While he established a respectable career as a singer and actor in the United Kingdom, he knew that because he came from the wrong social class, his career was likely limited. He also knew that one of the foundational elements of US philosophy was equal opportunity regardless of race or class and that in our nation one could achieve anything they put their mind to. He began seeking auditions for US movies.

An off-set encounter he had with a young Army Ranger while filming the movie Blackhawk Down changed the trajectory of his life forever. Marsden committed to learning more about US history in a search for what makes our country so special.  He became a full time resident of the US and most recently was on track to receive his citizenship this month but the process was interrupted by the COVID shutdowns.

Marsden and I agree that, while the Founding Fathers were imperfect and flawed, the system of government they designed is still the best on the planet. Marsden emphasizes how very thin the line between tyranny and freedom truly is. People must get educated about our history in order to be able to properly contextualize the evolution of our nation or risk losing what we have.

Special Thanks to Rock and Roll Patriot Dave Bray for allowing us use of his special version of the National Anthem. His patriotic and inspirational music can be found here.

TAKEAWAY: “There is nowhere else that freedom loving people can flee to. This is it. And we have to fight for it.”