A glance at Dr. Alice Atalanta’s educational background would never give you a clue that she would become such a strong and vocal advocate for Veterans. She holds two Bachelor’s degrees, three Masters, and a Ph.D. – none of them in disciplines that have anything to do with the military.  However, her mission has become one parallel to American Warrior Radio; to advocate by serving as a translator between the military and civilian communities. 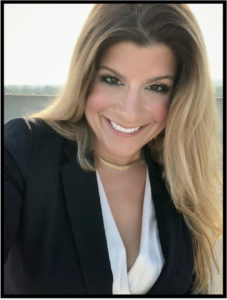 In a recent Havok Journal article, she uses the example of the public reaction to Kobe Bryant’s tragic death to call attention to the contrasting silence with regard to the deaths of our military members.  The article caused quite a stir among the Havok Journal’s readers.

There is often a paradox when it comes to combat Veterans; they want to be understood but do not want to talk about their experience, how they are feeling or what they are thinking. Alice believes that where these paradoxes exist is precisely the point where civilian advocates need to engage.

We discuss the challenges facing both civilians and Veterans when it comes to bridging the gap of understanding between those who go to war and those who send them. We also touch upon the risks of a rising “Thank you for your service industry” and how some expressions have become almost trite and lost any real meaning. Rote expressions of thanks should never replace recognition of the responsibility our entire society bears for those we send off to war and action to address the consequences.

In addition to her work at the VA, Alice also consults with Veterans who are grappling with how to tell their stories. Several of her clients have published books.

There are several Veterans’ groups for which she has a particular passion; Jimmy Hatch’s Spikes K9 Fund, The Green Beret Foundation, SEAL Future Foundation.

TAKEAWAY: “You should presume nothing and be willing to come with an open heart and an honest perspective. For every Veteran I have met that is quietly suffering there is just as many who wish people wouldn’t assume they are suffering.”