The National Museum of the United States Army will be the largest military museum on the planet when it opens in 2020. It will tell the entire history of our Army and the 30 million men & women who have worn the uniform since 1775.  Actor Joe Mantegna is the national spokesperson for the fundraising campaign and provides updates on the project. 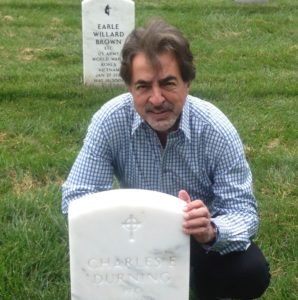 Joe has a very personal connection to this project; he had five uncles serve during the Second World War.  Like most Veterans, they did not share their stories very often, but began to open up to Joe after he began hosting the national Memorial Day Concert.  One of Joe’s uncles served under General Creighton Abrams at the Battle of the Bulge.  All three of Abrams’ sons also became Army General Officers and it was one of these sons that first approached Joe to be spokesperson for the museum.

The Army Museum is being built on 84 acres at Fort Belvoir, VA.  Upon completion, the 185,000 square foot facility will feature state of the art interactive displays. Many of the priceless artifacts displayed have never been seen by the American people.  Among the unique items is “The Cobra King” – the first tank into Bastogne.  Joe shares that this historic artifact is among several that are so large it required having the objects set in place and then constructing the museum buildings around them.

While the campaign is nearing completion, Joe emphasizes that listeners can still support this endeavor.  Listeners can purchase inscribed bricks for the “Path of Remembrance” for $250 or $500.

TAKEAWAY:  “Freedom is NOT free – someone has to pay for it and most often it is the men & women of our military who end up writing those checks.”