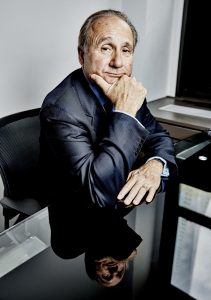 Michael Reagan is President Reagan’s oldest son and President of the Reagan Legacy Foundation.  He joins us to share his thoughts on this epic action that turned the tide of the Second World War and what his Foundation is doing to assure that future generations never forget.

The idea for the Walkway to Victory campaign came about when Michael was invited to raise the flag at the American cemetery at Normandy. Prior to the trip he was playing golf with a young man who asked why there was an American cemetery at Normandy.  Michael found the young man’s lack of historical knowledge disturbing but recognized it was probably the norm for US young people.

The Walkway to Victory Campaign allows individuals to purchase an engraved paver brick to be placed at the Airborne Museum in Sainte-Mere Eglise, France. The bricks memorialize individuals who served during the Second World War.  Proceeds from the Walkway to Victory fund the Foundation’s continuing programs to educate young people about history and fund scholarships for the families of sailors serving aboard the USS Ronald Reagan.

President Reagan warned that “Freedom is never more than one generation away from extinction. “  We discuss the lessons learned from WWII and our opinions on whether we as a nation would have the collective will to do so again if necessary.

Michael encourages anyone visiting Europe to visit the museums and cemeteries associated with D-Day and personally experience how grateful many of the French still are for what those brave men and women did on D-Day and the following months to liberate them.