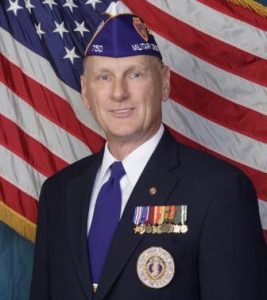 The Purple Heart is awarded to military members wounded or killed in any action against an enemy of the United States or as a result of an act of any such enemy or opposing armed forces. It is the oldest military award still presented to US Service members.

This week we discuss the Purple Heart Foundation and Purple Heart Wines– a unique and delicious fundraising initiative of the C. Mondavi and Family Vineyards.

The Military Order of the Purple Heart (MOPH) was formed in 1932 for the protection and mutual interest of all who have received the decoration. Composed exclusively of decoration recipients, it is the only Veterans organization comprised strictly of combat Veterans. 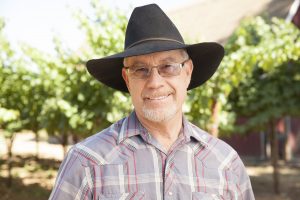 The Purple Heart Foundation is the fundraising engine of the MOPH and Foundation Senior Vice President Bill Hutton begins the show by outlining the programs offered to Veterans and their families through the organization. Bill is a retired Marine wounded three times and also earning a Silver Star during his service in Vietnam.

The Foundation and MOPH have a number of continuing initiatives and Bill was careful to emphasize that their programs and services are available to ALL Veterans, not just those who earned a Purple Heart.

John Moynier enlisted in the Air Force during the Vietnam era and spent the majority of his career as a military sentry dog handler and trainer. Upon departing military service he decided to pursue a degree in Veterinary Science at the University of California Davis. Instead, he found himself drawn toward their highly regarded viticulture program. He has been a winemaker for 41 years, thirty two of which have been with the C. Mondavi and Family Vineyards.

John has been involved with this special project since 2014 and, as a Veteran himself, he is thrilled to be part of this unique fundraising program that supports Veterans. So far this year, they have donated $40,000 to the foundation.

TAKEAWAY:  This is a wonderful wine and they could probably charge more per bottle. But a reasonable price means more people can enjoy – and support – the Purple Heart Foundation.