I am Suicidal and I Won’t Give Up – Sean Cavanagh

I am Suicidal and I Won’t Give Up – Sean Cavanagh 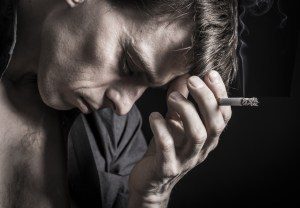 Sean Cavanagh has struggled with thoughts of suicide for two decades.

Several hundred times the dark thoughts have come, ranging from deep depression to a moment when he sat in his bedroom, a loaded Glock in his hand. A member of both the military and law enforcement community for two decades, he was well aware of the stigma attached to suicide so he kept his struggle to himself.  Then, following conversations with two separate colleagues who were suffering, he confessed that he TOO struggled with those demons. Following those interactions he decided to share his pain publicly..very publicly by posting an open letter on the Havok Journal website.  That gutsy moved proved cathartic to both him and to many warriors who are fighting a similar battle.

Sean has taught suicide intervention as part of training for police personnel.  Sometimes he taught the course while feeling suicidal himself. But he found strength and determination to move forward one more hour, one more day, one more week.

Sean believes that the nature of law enforcement/military jobs creates an extra challenge because they are taught to compartmentalize.  The pragmatic issues of safety & security also complicate matters for members of these disciplines who may wish to seek help.

As a hostage negotiator, Sean has had to talk people out of committing suicide. During our conversation he also shares signs to look for and appropriate actions to take if you suspect a friend or colleague may be struggling with thoughts of suicide.

TAKEAWAY: For every suicide there are a thousand deaths among those left behind.

If you or someone you know is struggling with this issue please visit: