Home/Podcast/Law and the Military – Attorney Matt Randle
Previous Next 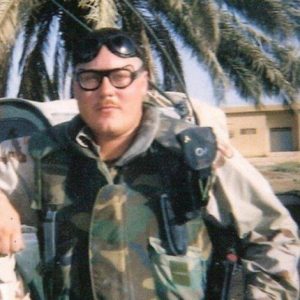 Attorney and Army Veteran Matt Randle shares key points that members of the military should know about civilian law.

We begin by discussing Veterans Courts. The first Veterans court was established in Buffalo, New York in 2008. There are current Veterans Courts in all 50 states.  The purpose of the courts is to allow for rehabilitation in a non-correctional system setting.  Any Veteran is eligible for the program but the degree of qualifying offenses vary by jurisdiction. While Veterans may request the alternative track, the final decision remains with the prosecutor.

Matt cautioned active duty military members to obtain outside legal advice before choosing the Veterans Court option. What may seem like a less painful path MAY have adverse effects upon a military career.

Matt and one of his law partners are both Veterans. He believes this gives them special insight when it comes to representing members of the military. This especially applies to law involving divorce decrees and other settlements impacting military benefits. Matt estimates that as many as 10% of their cases involve correcting judgements that did not take into account the unique aspects and regulations of military service.

Members of the military must also be extra cautious because some charges may create complications that civilians don’t have to consider. As an example, he cites the fact the even a misdemeanor domestic violence charge could result in the military member being prohibited from being in possession of a firearm – a critical tool for most military professions.

Matt’s advice to members of the military who find themselves in a situation involving civilian law? First, inform your chain of command and second, contact an attorney.

Matt served five years as a combat medic. He deployed as part of Operation Iraqi Freedom and was also honored to have been involved in a special mission to repatriate the remains of a US service member from the Korean DMZ 70 years after they were killed.

Matt was a Tillman Foundation scholar and has appeared as a subject matter expert on CNN, Dateline News and in the Wall Street Journal.