The Battle of Castle Itter was one of the most bizarre actions of World War II and just one of the interesting events we discuss with noted historian and author Professor John C. McManus. John is often called upon as a subject matter expert for numerous television programs and has authored 14 books on military history. 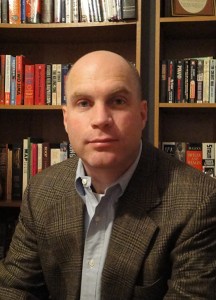 Battle of Castle Itter began on May 5, 1945 during the last days of war in the European theatre and five days after Hitler committed suicide. While some German soldiers were committed to a fight to the death, others were more pragmatic. SS officer Kurt Siegfried-Schrader approached US Captain Jack Lee to tell him that about a group of high level French prisoners being held in Castle Itter and his concern they might be slaughtered by Nazi fanatics. What ensued was something strait out of a movie plot; German soldiers, a French tennis star and a pair of World War I French Generals fighting side by side with American Soldiers defending a medieval castle against overwhelming odds.

Maintaining the “Castle Theme” we also discuss the fight to capture Fort Montbarey. The Fort was constructed in the 1700’s but proved exceptionally resistant to modern weaponry.  The Fort was finally captured when combat engineers used a very medieval tactic; tunneling under the castle walls and placing explosives.

John’s latest book “Island Infernos” is the latest in a series of books he has written about the Army’s role in the Pacific War. John began the series because he believes the Army’s role in that theatre is often overshadowed by the Marines and Navy. The book exposes several interesting details. These include the capture of a key communications code book that allowed the allies to unlock Japanese communications for nine months and General MacArthur’s “cult of personality.”