Dr. Jason Piccolo spent 20+ years as a federal law enforcement officer and was also assigned to the prestigious White House Security Council’s Human Smuggling cell. He is a subject matter expert often called upon by national media. Jason joins us to discuss the current situation on our nation’s Southern border and the scourge of human trafficking. 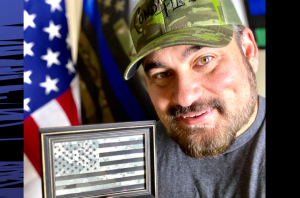 Jason always wanted to be in the military and serve as a police officer. After leaving the Army he was considering becoming a police officer when he became aware of careers in the Border Patrol through his best friend. It was nothing like he expected it to be and shares what a “day in the life of a Border Patrol agent” is like.

The US Southern Border stretches 1,954 miles. That is the equivalent of driving from Washington DC to Salt Lake City.  The US Customs & Border Protection units have had 550,410 encounters on our southern border so far this fiscal year. There are hundreds of thousands of asylum cases still pending in our system.

Human trafficking is an issue important to Jason.  We have both had representatives of The Deliver Fund on our programs. They estimate that nearly 150,000 victims are held as commercial sex slaves in the US. While most of these are US citizens trafficked by other citizens, Jason is concerned that the huge influx of unaccompanied minors at the southern border creates a scary opportunity for criminals. This issue was the central topic of his whistleblower book “Out of the Shadows”.

Jason hosts a podcast called “The Protectors”.  He prefers “Protectors” to “Sheepdog” because it seems more relevant to the broad sectors of those out there helping people.

TAKEAWAY:  “I REALLY want the audience to realize that evil DOES exist. There are very evil people out there that look at human beings as commerce. ”