Rick Tippins spent 28 years as a law enforcement officer after serving in the United States Marine Corps. With the help of fellow Marine & bestselling author G. Michael Hopf he is now pursuing a career as an author. 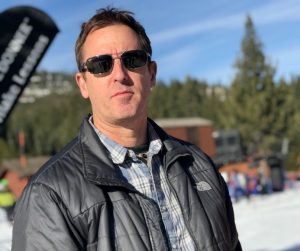 Tippins cut his teeth as a member of the East Palo Alto California police department. At the time, East Palo Alto had the highest per capita murder rate of any city in the United States. He says that even for a Marine Veteran it was an eye opening experience. However, he learned very valuable lessons that would carry him through the rest of his career. The most important of which was not falling into the “Judge Dredd” persona of a cop.

He didn’t want his law enforcement career to “be like an NFL running back; short, violent and explosive” so he made a lateral transfer to the San Mateo Sheriff’s office where he worked Street Crimes Suppression, SWAT, Narcotics and Homicide.

His nearly three decade career as a Sheriff’s deputy was filled with both hardship and rewards. Tippins discusses the importance of finding balance in a career that can create tremendous challenges to families and relationships. “Even military members get a chance to come home and rest but for law enforcement it is constant pressure for years.”

Tippins found writing to be a release for the stresses of the job. He began writing screenplays during his downtime while working at the local jail. He soon found that the process of moving ideas to movies was rife with complications so he instead decided to publish his stories. He has three books out with a fourth on the way.

TAKEAWAY: “You have to be self-aware. If your mind hurts or your soul hurts because of this job, you have to find a way to fix that.”