An EMP attack (Electronic Magnetic Pulse) and the consequences are a central theme in many of G. Michael Hopf’s post- apocalyptic novels. This Marine Veteran has found success as a best-selling author, with 31 books published and over a million copies sold. 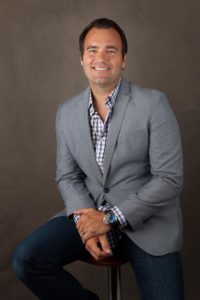 Geoff served 6 years in the Marine Corps but hadn’t lost the adventure bug and spent time as a commercial diver in the Gulf of Mexico and a bodyguard.  But it wasn’t until he embraced his “secret” passion for writing that a second career really took off.

Geoff had always been a science fiction fan, but was frustrated by the lack of books in the post-apocalyptic genre. He decided to “write what I want to read”. He self-published his first book “The End” and was beginning to have doubts when online sales just took off. This eventually led to a book deal from major publisher Penguin Random House.  In retrospect, Geoff feels he may have done better to remain independent and is willing to mentor other aspiring writers.

The effects of an EMP (actually a series of three pulses) would be far ranging and devastating.  Anything that has an electronic circuit is vulnerable. While traditionally thought of in terms of a nuclear attack, there is a 10 percent chance each decade of a solar superstorm that could create the same effects.

Geoff emphasizes that the risk comes not only from the immediate impacts of an EMP but the systemic cascading effects that most of us don’t consider. The far ranging effect upon financial markets following the September 11 attacks provides a good example.  Some of the real life scenarios Geoff shares are spine chilling – especially given how dependent our society is upon electricity.

While several studies and recommendations have been made regarding hardening our infrastructure against EMP attacks, real progress has been slow.

TAKEAWAY: “If you’ve got a story just sit down and write!”