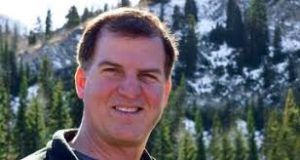 Hitler could have changed the course of World War II had he made some different decisions. We have a “reverse lens” historic discussion with respected public policy commentator and national security advisor David Pyne. He has written a very interesting series of articles at Real History.com about how the outcomes of WWII may have been different.

David hypothesizes that the Allies could have avoided war all together had they not insisted on the “Carthiginian Peace” of the treaty of Versailles. The extreme punitive elements of this treaty actually led to the rise of Hitler. Hitler probably could have also avoided war by accepting British Prime Minister Chamberlain’s offer of a second Four Power Conference and not violating the Munich Pact by occupying the Czech provinces of Bohemia and Moravia.

David also focuses much of his articles on the “power of the pen” versus the sword.  He believes that Hitler never wanted all-out war with Britain, France and Poland but would have preferred them as allies in his planned invasion of the Soviet Union.  His goal was to reunite the original German borders by gaining back the port city of Danzig and the “Polish Corridor”.

We also discuss mistakes the Germans made when it came to logistics and armament. A classic example is the fact that even though the Nazis successfully implemented the concept of “Blitzkrieg” early in the war, there were in fact less mobile than any of the countries in the conflict.  Advanced weapons like the ME-262 Jet Fighter and a long range heavy bomber were neglected in favor of less effective weapons like the V-1 Rocket.

Hitler’s insistence on participating in all decisions also led to defeats – much to the chagrin of his generals. David reveals that there were more than 40 known coup or assassination attempts against Hitler during the course of the war.

TAKEAWAY: David’s articles spurred an interesting response from the Russian newspaper Pravda. They accused him of giving advice to Hitler on how to defeat Russia..events that took place three decades before David was born!