The Sheepdogs Concept was first made famous in popular culture by Lt. Colonel Dave Grossman in his book “On Killing”.  He joins us for a discussion regarding the psychological impacts of violence. 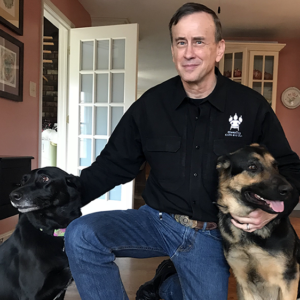 Lt. Col. Grossman is a retired Army Ranger and taught psychology at West Point. He holds five patents and has published four novels and six non-fiction books. “On Killing” has sold over half a million copies and is included in the curriculum at the FBI academy. He was also called upon to train mental health professionals and provide counseling following some of the mass school massacres.

The “Sheepdog” concept is based on the fact that most human beings are NOT wired for violence. Most of us (regular, productive citizens) are “sheep”. But there are wolves in the land that prey on the sheep. Then there are sheepdogs; those with a capacity for violence, a deep love for the flock of sheep and desire to use their skills in righteous battle. Generally, these are our military and law enforcement personnel but there are many people up and down the scale.

Dave and I agree that not everyone should carry a weapon, but EVERYONE should be prepared. being in denial about the potential of a violent encounter is the worst thing a person can do.

Dave has trained law enforcement officers in all 50 states and shared some insights helpful to those who may have to exert violent action. “Re-experiencing a traumatic event is normal..it is not PTSD. But it can BECOME if not addressed.”

Dave also shares some of his theories and perspectives on why we are seeing so much violence from young persons in our society today. These formed the basis for his book “Assassination Nation”.

TAKEAWAY: “Denial kills us twice but preparation can save us twice.”