Resiliency is defined as the ability to recover readily from illness, depression, adversity or the like. 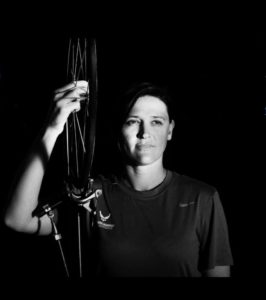 Air Force Chief of Staff General David Goldfein recently stated “Suicide is an adversary that is killing more of our airmen than any enemy on the planet” and ordered a branch wide Resiliency Operational Pause.

Master Sergeant Lisa Goad served more than 20 years as an Air Force Security Forces Defender. She took pride in the idea that she was protecting others every day.

While serving overseas she was assaulted, an attack that left both physical and psychological wounds. Confused and ashamed, she lied about her condition for almost 8 years. In the interim she became involved in adaptive sports through the Air Force Wounded Warrior program.  It would literally save her life.

The day she was informed that charges would not be pursued against her attacker, she drove into the mountains with her personal weapon, intent upon killing herself.  However, before she could do so, she received a text from a friend involved in the Wounded Warrior program. The text conversation brought her back from the brink.

She now continues her Defender credo of “Protect, Defend & Fight” by helping others as a Wounded Warrior Ambassador and peer mentor.  She says sharing her story and helping others has been an important part of her own recovery and resiliency building.

The Air Force Wounded Warrior Program is a congressionally mandated organization tasked with taking care of US Air Force wounded, ill, and injured Airmen, Veterans and their families. Other military branches have similar programs.

Lisa discusses the differences between physical wounds, invisible wounds and the indicators that friends and families should look for.

If you or someone you know is struggling, please contact the Veterans Crisis Hotline or the National Suicide Lifeline.

TAKEAWAY: “This is not something the “Big” Air Force is doing wrong.  This is something we as individuals have to take control of and fix.”