Providing close protection and security for high profile clients wasn’t Glen Burton’s first career.  He initially learned the applicable skills, strategies and instincts while serving with an elite unit of the British Army. The stories of his rather adventurous life and lessons learned along the way are the subjects of the book “In Harm’s Way; Always Moving Forward”. 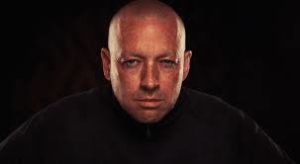 As a 21 year old, he was offered the opportunity to serve as part of the personal detail for General Sir Michael Rose; head of the United Nation military protection forces in Sarajevo.  Despite the very real threats, General Rose insisted on leading from the front including regular jogs through sniper alley.

Glen also participated in an unofficial operation that smuggled vulnerable Sarajevo civilians out of harm’s way.  “The fate we would have faced if we had been caught was terrible, but it gave us peace of mind.” He estimates that hundreds were saved.

Glen happened to be visiting the US when the 9/11 attacks occurred. “As soon as the second tower was hit I knew that I personally was going back to war.”  When the British Army didn’t call him back to duty, Glen placed himself back in harm’s way as a private contractor in Iraq.

Glen’s client list is replete with names that most would recognize. He doesn’t name drop but does reveal a rather unique mission working with Madonna.  Human rights organizations accused Glen of kidnapping an African child when in fact the adoption was all done completely legally.  “It wasn’t very nice to be riding into London at seven in the morning and seeing my picture on the cover of tabloids.”

Even though most of us cannot afford our own close protection team, Glen shares advice that applies to “regular joes”. He particularly cautions people about how they use social media.  Always have a Plan B in case something goes wrong. “Vigilance is the Key”

Glen is coauthoring “Mumbai Down” with Mike Danvers. The book describes their mission to rescue a family caught up in the Mumbai terror attacks – even though Glen was 7,000 miles away.

TAKEAWAY: “Even a turtle, though it is moving slow, is always moving forward. And the rest of us can do that.”