National Vietnam War Veteran’s Day is an appropriate time to bring back in one of my favorite guests.  Captain Dale Dye served two tours of duty in Vietnam and was awarded three Purple Heart Medals and a Bronze Star with Valor. Following his career with the Marine Corps, Dale went on to build a very successful Hollywood career. 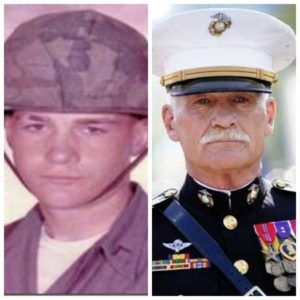 His latest mission is the production of a new World War II film called “No Better Place to Die”. The film will tell the story of the Battle of La Fiere’ – one of the bloodiest small unit battles of the war that may have determined the success of the Normandy invasion. Tom Hanks has already signed on as Exec. Producer and Gary Sinise has agreed to play a role. Dale is looking to use as many Veterans as possible both behind and in front of the cameras.

Regardless of the generation, there are many things that Veterans share.  This includes what Dale calls “…what war in general, and infantry close combat specifically can do to the human spirit.” Dale and I discuss our parallel feelings that Vietnam Veterans share a unique commonality in that they fought two battles; the war itself and then the battle when they returned home.

We also discuss the incorrect stereotype of Vietnam Veterans as damaged goods. Dale first established his film consulting business because he disliked the inaccuracies portrayed in Hollywood war movies.  While recognizing the very real trauma of combat, he says the majority of Vietnam Veterans did just fine following the war. Many of his peers including Roger Staubach, Frederick Gregory, Gene Santarelli, Michael Reagan and Richard Carmona went on to great success.

One of the great things Vietnam Veterans have done for today’s generation of Warriors is to take action and make enough noise so that never again will Veterans be given the cold shoulder that Vietnam Veterans were given when they returned.

TAKEAWAY: “I know firsthand what the trauma of close combat can do to you.  The Vietnam generation can give a shoulder to today’s generation to be a sounding board that understands and share how WE fought the demons off.”