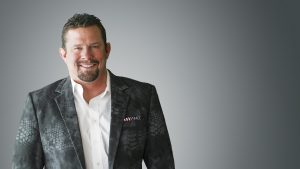 John “Tig” Tiegen was one of a handful of warriors that kept the September 11 2012 attacks on the US Consulate and CIA Annex in Benghazi from turning into another “Alamo”.

Tig enlisted in the Marines at 17 in the delayed entry program and when the recruiter’s call came he literally walked out of class to prepare for boot camp.

Following his service in the Marines, Tig began working as a contractor for private security firms before taking an interest in the CIA Global Response Staff.  The CIA required 8 years of Special Forces experience and Tig had four years as a Marine.  But he was so persistent they finally allowed him to “try out”.

Tig and his wife Margaret established the Beyond the Battlefield Foundation to help other warriors and their families however they can.  While their main focus is to help secure service dogs for Veterans they have even helped with funeral for a WWII Veteran. They are aggressively seeking volunteers in addition to donors.

Tig was on his fourth assignment to Libya when the September 11 attacks occurred, making him the most experienced member of the annex security team. Generally, the Libyans were very welcoming of the Americans, grateful for our assistance in their revolution.  However, neighbors of the CIA annex thought it was a British facility.

Despite being the anniversary of the World Trade Center attacks, Tig felt the day didn’t begin any differently than most.  When the distress call came from the consulate, six GRS members and one translator made the one mile journey from the annex, unsure of what to expect.  They repelled two attacks but the decision was made to evacuate the consulate staff back to the annex.

Tig and his team repelled three attacks on the annex, each comprised of 20-30 attackers. While many others at the annex were weapons qualified, really only 6 GRS members and three State Department security members were actually engaged in the fighting.

TAKEAWAY:  Tig was asked to consult on the film “13 Hours: The Secret Soldiers of Benghazi”. He feels that “by Hollywood” standards the film was reasonably accurate. Most importantly, it did a good job in honoring the four men killed.