A military brat faces many challenges, but the lifestyle also builds very resilient adults. November is Month of the Military Family and we are joined by Army Veteran and Author Michael Joseph Lyons & Command Chief Master Sergeant Charles Neal of the Arizona Air National Guard. 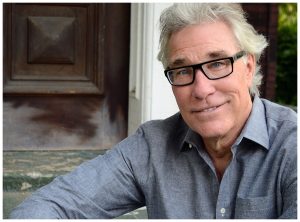 Michael was not alive when his father went off to World War II, but he does recall his father being deployed to Korea.  After being raised a military brat, he went on to join the Army and raise a brood of military brats himself.

He believes that being raised in a military family makes children “gritty” and gives them life skills that better prepare them for adulthood. They tend to be the most adaptive, least judgmental and often earn the advantage of multiple languages and exposure to several different cultures.

His experiences formed the foundation for the first in a series of books he is writing “Brat and the Kids of Warriors”.

Command CMSgt Neal is entering his 40th year of service to our nation and has worn five different “hats” in both the active duty Air Force and the Air National Guard.

Military families serving in the Guard and Reserve face somewhat different situations in that they are embedded in the community.  Many members of the Guard are “legacy” members, third and fourth generations serving in the same unit.  The fact that Guard/Reserve members remain in one location also makes it easier on spouses who wish to pursue a career.

Both men agree that the challenges faced by today’s military brats face significantly different challenges due to current the high pace of deployments.  Chief Neal has deployed nine times.

TAKEAWAY:  “No one walks this planet and doesn’t get dented. It’s not that you don’t get dented but how you deal with it. Brats and military families have learned to roll with the punches and take the good where they can.”