National Police Week was first proclaimed by President Kennedy in 1962 to memorialize law enforcement officers fallen in the line of duty.

In honor of National Police Week we talk with two individuals; Thomas Marchese is a Sheepdog and Dave Bray is a Warrior. 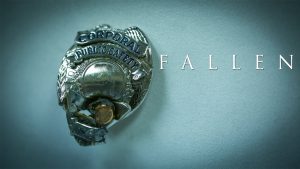 Thomas Marchese was a police officer when four officers were killed in Oakland.  This incident convinced him of the need to document the stories of police officers killed in the line of duty. One of the “Fallen” segments tells the story of Aiken Public Safety Officer Sandy Rogers, shot three times with one bullet lodging in her badge. That badge was to become the image on the promotional poster for Fallen.

Support from the project mostly came from other law enforcement officers. Thomas believes it is because the police community really wanted the truth of what they face every day to be told in an unbiased and non-political manner.  “Fallen” has won numerous national awards and for good reason; it is not an easy film to watch but everyone needs to see it.

Three years into making the film, Thomas was almost killed on duty by a knife wielding attacker. His wife, an emergency medical technician responded to the scene and helped save his life. At first Thomas didn’t want to include his own story in the documentary but others involved in the production convinced him that it made the film all the more powerful. 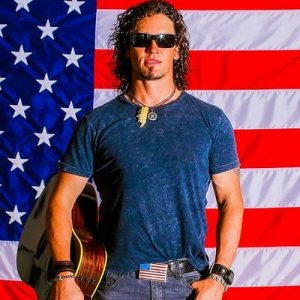 Dave Bray has been called “The Rock n Roll Patriot.”  He is a Navy Veteran, having served as a Corpsman with the 2nd Battalion/2nd Marines.  Dave was one of the original members of Madison Rising, a patriotic “post-grunge” rock group. His rock rendition of our National Anthem put Madison Rising on the charts.

He has composed and performed a heart wrenching anthem “Last Call” and dedicated it to fallen police officers. He hopes that the message of the song will help healing among the family members of fallen officers.

Dave has had numerous family in both Law Enforcement and the Military. He believes that there is truly a war being waged against police officers in our country.  His latest work, the “Music on a Mission” album is a “storyteller” album that focuses on the future of America, God & Country, respect & patriotism and is dedicated to our Veterans and First Responders.

TAKEAWAY: “When you create a piece of music that can go into someone’s soul and help them heal, it is surreal and one of the most rewarding things a musician can experience.”