Havok Journal owner Scott Faith joins us for an update on all things military and first responder. Scott begins by announcing the new Havok Journal partnership with Epoch Times called “Battlefields.” Battlefields will include a podcast and five or more articles weekly. 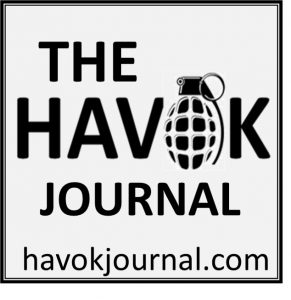 Next we discuss New Year’s resolutions for Veterans.  Several of these resolutions parallel the mission of American Warrior Radio; telling their story and engaging members of their community. Other resolutions include not being afraid to ask for help and helping their fellow Veterans. Scott strongly believes that Veterans should not act as if the world owes them something other than a fair shake and the benefits they were promised.

Britta Reque-Dragicevic published an amazing article called “Combat Guilt, Forgiveness and Mercy”. This is one of the best pieces I have read on the subject. Even more so given that Britta is not a Veteran or a trained psychologist.  She also has a great blog called “Life After War.”

Scott expounds on the article “What’s Really Keeping You Up At Night” written by Megan Thatford. Her article explores the fact that almost sixty percent of Veterans suffer from insomnia post deployment. Exhaustion can be particularly dangerous for people like military and first responders whose job is to serve and protect other people. “If you are not getting good rest, you are not making good decisions and are putting other people in danger.”

Scott and I share what figuratively keeps US up at night. For Scott it is the long-term unintended consequences of Ukraine, China and their efforts to grow their presence in the world and the fentanyl epidemic. Mine are the economy, the vulnerability of our utility infrastructure and cyber-security.

TAKEAWAY:  “Don’t share your story with anyone unless you absolutely trust them to hold you the way you need to be held throughout your transition.”