Combat Control Foundation founding members Mike Lamonica and Mike West join us to discuss some of our military’s most highly trained warriors. The motto of Combat Controllers is “First There” and is derived from World War II when Pathfinders were inserted in advance of other troops in order to provide weather information and visual guidance for inbound aircraft. 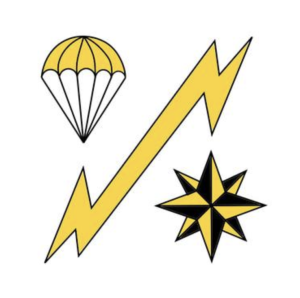 Today’s Combat Control personnel are trained in air traffic control, Joint Terminal Attack Control, parachuting, explosives and combat diving. Their qualification course has one of the highest attrition rates in the military. Not only is the physical training tough but the technical training for things like air traffic control also causes washouts. The first woman to complete the arduous training graduated in April.  Five of the eleven Air Force Cross (2nd only to the Medal of Honor) medals awarded during the Global War on Terror went to Combat Controllers.

They often deploy alone, augmenting other Special Forces units such as Green Berets or Navy SEALs. They are also used for domestic tragedies such as natural disasters.

Mike Lamonica served 24 years as a Combat Controller, deploying to Afghanistan, Iraq, Somalia, Angola & Bosnia. He was awarded a Bronze Star and had FOUR combat jumps, a record not seen since World War II.

Mike West wore the scarlet beret for 30 years and was awarded a Silver Star for his actions during Operation Medusa. Operation Medusa involved 15 running battles between Green Beret’s and Taliban forces over several days. Among other things, Mike continuously exposed himself to enemy fire in order to get ordinance on target and guided strafing runs as close as 60 meters to friendly forces.

Mike and Mike chose to create the Combat Control Foundation because they were fielding phone calls every week from people who needed help and they didn’t have the resources. The Foundation provides support for the families of Combat Controllers with a focus in four areas; Resiliency, Health, Education and Heritage.

TAKEAWAY: “Steel sharpens steel. You’ve got ONE person who can change the entire battlefield. One combat controller with 15 Special Forces can literally take on hundreds or thousands of the enemy.”