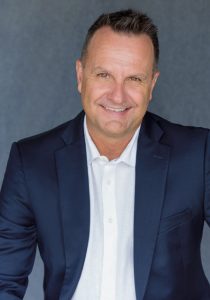 Operation Pineapple Express will likely go down as one of the greatest rescue missions in history. What makes it even more interesting and inspirational is the fact that it was mostly organized by civilians – retired Special Forces operators, Congressional staff, and state department personnel. In the midst of the horror and chaos of our withdrawal from Kabul, Pineapple Express was able to get approximately 1,000 Afghan allies and their families on evacuation flights. It was just one among several operations conducted by volunteer groups.

Lt. Col Scott Mann is a retired Green Beret and was one of the principle organizers of the effort. He describes the events in his book “Operation Pineapple Express”.  It all began with a plea Scott received from Nezam, an Afghan Army Special Forces NCO who had served with Scott. Nezam was receiving threatening texts from the Taliban and knew he had to get out of the country, but his application for the special visa he was promised was mired in bureaucracy.

Once they got Nezam to safety, Scott’s phone started blowing up with messages from other operators asking for help with other at risk Afghan partners. Task Force Pineapple would eventually be comprised of over 100 volunteers.

Scott’s book also shares the tremendous stresses placed upon his volunteers. Many had battled to put the war behind them but found themselves managing a new mission from the sanctity of their homes.

Scott discusses the serious long term implications of the way the withdrawal was handled and the moral injury to the Veterans who served in Afghanistan.

TAKEAWAY – “We may be done with al-Qaeda and ISIS but they aren’t done with us. The graveyard of empires will follow us home.”