Veteran Jennifer Marshall attended high school in a “one stoplight” town so it didn’t take much convincing from the Navy recruiter to get her to join. She never imagined that someday she would appear in several Hollywood productions, host a television series and own her own private investigations firm. 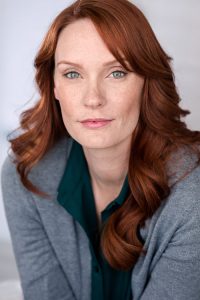 Jennifer started as a logistics specialist and also served on the fire and ship security defense support teams aboard the USS Theodore Roosevelt. She had planned on making a career of the Navy but adverse reactions to vaccines on a Gulf War deployment forced her to leave at the five year mark. She decided to join the Los Angeles police department but was injured in the 14th week at the academy.  At that point she decided to pursue acting. Some of her roles include the TV series General Hospital, Hawaii Five-O, Jack Reacher and Stranger Things.

We discuss some of the challenges she faced breaking into Hollywood including the odd remark “You don’t LOOK like a Veteran.” Jennifer says she has no problem playing military roles because Veteran actors bring something extra to those characters.  “To a random actor the uniform is just a costume. A Veteran has a higher understanding.” Her best advice to other Veterans; “Know your own worth.”

Though she never made in into the ranks of LAPD, she was always interested in detective work. Jennifer founded Deep Source Investigations in 2014. Producers of the CW series “Mysteries Decoded” called her their “purple magical uniform” because she is female private investigator who has worked in television.

Jennifer Marshall is passionate about helping others. She funded the expansion of an orphanage in Uganda and two of her children are adopted from South America and Uganda. She also loves being part of the Pin-Ups for Vets organization.

TAKEAWAY: “I am here today because of the generosity of many people and am very thankful for that. That is why I try to give back as much as possible.”