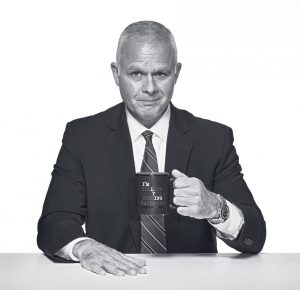 He spent two decades as an Army counter-intelligence specialist working with special forces before moving on to the Navy Special Warfare Development Group (DEVGRU). Chris also served as Special Assistant to the President and Senior Director for Counter Terrorism at the White House. He has been inducted into the United States Special Operations Commando Hall of Honor.

The International Spy Museum moved into new Washington, DC facilities in 2019, allowing for better display of the thousands of espionage artifacts they have in their collection – the largest collection on public display in the entire world. In addition to the fascinating objects on display, visitors can even undertake a “secret mission” complete with a cover identity and a debriefing that evaluates their skills.

They even offer virtual educational programs like “Spy Chat” and the “Spy Cast” podcast. “We responsibly educate the public on a topic that otherwise remains hidden. In some ways I am an unofficial ambassador and that is a privilege.”

As a young officer, Chris learned an important lesson about the emotional toll of betrayal while working on a spy penetration at NATO headquarters. The infiltrator was code named “Topaz” (an ode to the classic Alfred Hitchcock Cold War film) and they discovered that the spy’s wife worked in the NATO Office of Security.

We spend some time talking about his take on the vulnerabilities of a polarized nation and foreign actors’ exploitation of social media. This issue was masterfully explored in an article by Dr. Alice Atalanta.

The Spy Museum is a non-profit organization and listeners can support them by making a donation or buying some of their cool merchandise.

TAKEAWAY: Good spy craft is really personal. It’s building a deep relationship and then accepting that there will be a leap of faith at some time.