Green Beret Foundation Executive Director Brent Cooper might have been a little late in starting his military career, but serving our nation was always something he wanted to do. While the average age of an enlisted Green Beret is 29 years old, Cooper didn’t join until the “ripe old age” of 30 after securing an age waiver. 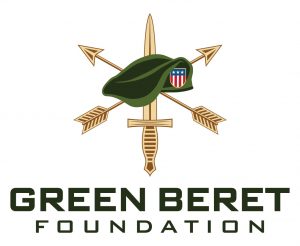 Cooper served as a Communication Sergeant with the 5th Special Forces Group. He deployed to Afghanistan in support of Operation Enduring Freedom, earning a Bronze Star. He describes the role of a Green Beret as “Warrior-Diplomat” and that concept appealed to him. “The stuff you hear whispers about are the things we are doing” seems an apt description for this elite unit’s role.  Perhaps their most famous recent mission was shared in the movie “12 Strong”.

After returning to the corporate world, he missed working toward something greater than oneself. His wife mentioned the opening at the Green Beret Foundation and Brent new immediately that it was the perfect match for his background and skills.

Since 9/11 Green Berets have experienced the highest casualty rate of any of our special forces.  They work quietly in the shadows because that is how they survive in battle but that philosophy does not do them any good when they leave the service. This idea was one of the driving elements behind the creation of the Green Beret Foundation.  The Foundation provides Green Beret soldiers and their families with immediate and long term support where Department of Defense or VA funding falls short.  Since their inception in 2009 they have supported 13,000 families with nearly $15 million in programming and direct support.

Innovation and collaboration with other organizations is one of the bedrock philosophies of the organization. Brent takes great pride in the fact that their foundation has earned a four star rating from Charity Navigator and a platinum rating from Guide Star.

TAKEAWAY: “To truly lead with empathy and sympathy you HAVE to have experienced it firsthand.”