AZ Shooter’s World CEO Phillip Roux thought they had a pretty diverse customer base – until the COVID Crisis hit. This Veteran Entrepreneur feature explores doing business in the time of crisis – in an industry that has seen a tremendous impac 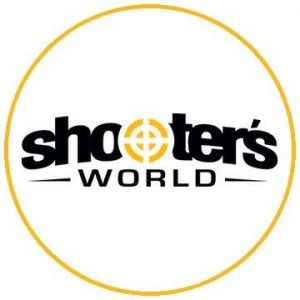 Phil had a number of family members who served in the military so joining the Army reserves seemed a natural path. He volunteered for a special assignment supporting various agencies doing drug interdiction along the US-Mexico border. When the opportunity came to join the Glendale, Arizona police department Phil saw it as a way to continue his service to our communities.

It wasn’t long before Phil recognized that the equipment being issued to both his federal and local comrades was subpar. (Phil has been issued several patents for some of his equipment.) He founded Arizona Tactical to begin filling this gap. The oddest request came via a satellite uplink call in the middle of the night. A submarine group needed emergency supplies.

The next step in his “side business” was to sublease space in the Shooter’s World facility. Business took off. They were so successful that the owner of Shooter’s World offered to sell the entire business to Phil and his wife. With the financial backing of a friend confident in Phil’s business acumen he bought the business.

Surveys show a 95% increase in weapon sales in the first six months of 2020.  Phil remembers the specific Saturday when almost every person that entered his store was a first time gun buyer. They represented every gender and background. Phil’s philosophy is to work with every customer in a friendly and non-threatening manner. Every customer is invited to fire weapons on their ranges before making a final purchase decision. They also encourage many of their customers to consider other options such as pepper spray or taking a class on improvised weapons.

TAKEAWAY: Things have changed quite a bit in today’s world. Be sure to consider whether your potential business can be shut down by government edict. And then network, network, network!