US Marshal David Gonzales has spent his entire life in law enforcement. In this episode we talk with David about the rather unique role that the US Marshals play in our justice system.

The principal responsibilities of the US Marshal Service are Judicial Security, Asset Forfeiture, Prisoner Operations & Transportation, Fugitive Apprehension and Witness Security. They are the oldest of our 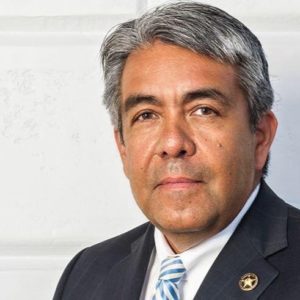 nation’s federal law enforcement agencies and also one of the smallest.  There are currently approximately 3,571 Deputy US Marshals and criminal investigators.

In 2019 they were responsible for over 90,000 fugitive apprehensions, the recovery of 275 missing children and have safely protected over 19,000 persons in the witness protection program since 1971. The Marshals also serve as the custodians of seized assets over $2.86 billion.

The President of the US appoints a US Marshall for each of the 94 Federal Districts. David was initially appointed US Marshal for Arizona by President Bush and reappointed by Presidents Obama and Trump.

David shares some intriguing stories from his career, including an undercover drug operation with a lot of “pucker factor”.  He was held at gunpoint by the drug dealer while they travelled to the “stash house” which ended up being only 3 blocks from David’s own house.

During our conversation we delve more deeply into some of the Marshal’s roles and how dangerous their work can be. The Marshals engage in more critical shootings that any other Federal agency. David says one of the worst days in his career was November 29, 2018 when he lost one of his own; Deputy Marshal Chase White was killed serving a warrant in Tucson.

Not a single person in the witness protection program who followed the program’s guidelines has ever been harmed.

You can learn more about the US Marshal Service and view their top 15 most wanted at their website.

TAKEAWAY: “Don’t Water Plastic Plants” In other words, don’t waste your time, energy or resources on things that aren’t going to grow.”