By accessing Japanese, Chinese and Russian records from WWII, A 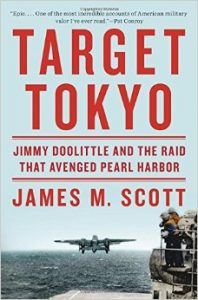 Through extensive research and interviews with survivors, he exposes the vengeance exacted upon the Chinese populace and the raid’s connection to the Battle of Midway, a critical turning point in the Pacific War.

Scott is widely heralded as one of the best “up and coming” authors of his generation. His other books include “The War Below” and “The Attack on the Liberty”.

American Warrior Radio seeks to inform the 99% of our population who never served by telling the stories of our men & women in the military and those who support them.