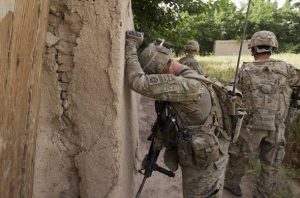 Army Major Mike Kelvington needs help to Save Dave.  An Afghan who served as Kelvington’ s linguist and cultural advisor, this young man faced IED’s and hostile fire right alongside our troops.  The same as he had done for other US military commanders before Major Kelvington.

When the US entered conflict in Afghanistan, there was a steep learning curve. Trusted local advisors and translators were needed.  Thousands of Afghans stepped up to fulfill this role with the promise that the United States would take care of them and their families when the time came. When Kelvington need a dispute resolved, Dave was there.  Walking through a minefield to recover remains? Dave was there.

Although the US Government established a special VISA program for these brave allies, many are caught in bureaucratic limbo. Almost three years in Dave’s case. All the while, those we fought against are aggressively taking their revenge on those who “worked with the Americans”.  Many former translators have been found, brutally tortured, and murdered by Taliban sympathizers while they awaited VISA approval. Dave struggles to feed and protect his family. Our enemies have put him on a “kill” list.

American doesn’t leave its soldiers behind.  It’s time we all pitched in to Save Dave.

YOU can help! Visit No One Left Behind