Central Intelligence Agency covert action officer Joe Goldberg has seen a lot of changes since his time with the agency. The advent of the digital age has made managing “propaganda” a whole new business. 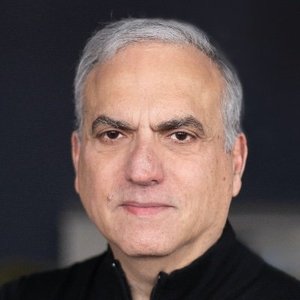 Joe always had a desire to be in public service and the opportunity to interview with the CIA matched his dual degrees in political science and communications. His role with the agency also allowed him to feed his creative side.

During his time with the Central Intelligence Agency, the Soviets were number one on his list. His philosophy was “the truth usually works”. The means may be covert but the information was accurate.

“Back in my day we were using videotape and mailing or otherwise delivering packages to people in a good old fashioned covert intelligence manner.  Now you have digital, speed and anonymity. You don’t need a source anymore; the internet is your source. You just have to figure out how to fill it.”

Joe also served Leader of Corporate Intelligence for Motorola where he received meritorious award recognizing one who has made significant contributions to the intelligence profession. He emphasizes that his role was an ethical one. They were not there to steal technology but rather study market trends and forecast technology.

Joe has since moved onto a quieter life as a college professor and self-published author.  His first book “Secret Wars” was literally in envelopes ready to be mailed to potential publishers when the 9/11 attacks occurred.  He chose instead to follow the arduous path of self-publishing. His third thriller “Rebellious Son” was just released.

Of course, the Central Intelligence Agency has to review all his books before they can be published. He feels like they give him a little more flexibility because he is writing fiction.

TAKEAWAY:  “It’s kind of interesting in world where we are connected instantaneously, we are all by ourselves.  What is truth – that is the big question.”