Rock Force is the latest book by bestselling author Kevin Maurer.  It describes the experiences of the 503rd Parachute Infantry Regiment in retaking the fortress island of Corregidor from the Japanese during World War II.  Kevin used unpublished transcripts provided by family members and at least one first person interview to “rebuild” the actions of those paratroopers in 1945. He also spent a week on Corregidor “walking the book”, at one point even finding scraps of a parachute. Kevin’s goal was to focus upon individuals’ stories and specific actions that took place during the invasion rather than the larger scope of the mission. 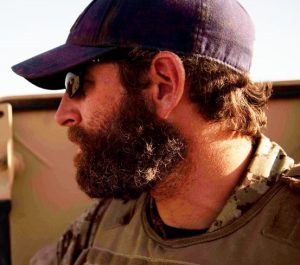 Retaking Corregidor was not only of tactical importance but also a point of national pride. The coordinated airborne/seaborne assault pitted 3,000 US paratroopers and 1,000 infantry against 6,700 fanatical and well entrenched Japanese. Paratroopers targeted a postage stamp landing zone on the top of the island, jumping from a mere 300 feet. The airborne invasion took the Japanese by surprise.

As one reads the book and gets to know the members of the 503rd a “Dirty Dozen” sort of feeling emerges.  Their Commander “Panama Jones” was a soldier’s soldier and Lloyd McCarter had to be bailed out of the brig to participate in the mission but was eventually awarded the Medal of Honor for his actions on “the Rock”.

We also discuss some of the parallels Kevin noticed between those World War II paratroopers and the soldiers he personally engaged with during current conflicts.

Kevin has covered military operations extensively for over a decade and first “cut his teeth” covering Robin Sage. He followed the 82nd Airborne during the invasion of Iraq and was embedded for 10 weeks with Special Forces in Afghanistan. He has written 10 books including the New York Times bestseller “No Easy Day” about the mission to get Bin Laden.

TAKEAWAY: Rock Force reads more like a novel and Kevin does a great job of properly memorializing the memories of these brave men involved in a historic mission.