The pilot and co-pilot of the para-rescue team 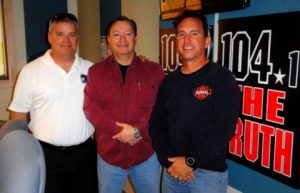 that pulled “Lone Survivor” Marcus Luttrell off that mountainside in Afghanistan share their first person recollections about the mission in a two part series.

In the summer of 2005, a four man team of Navy SEALS were sent on a mission to photograph or possibly capture a high level Taliban leader. The mission went horribly wrong and three members of the SEALs team were killed.  The fourth team member, Marcus Luttrell was granted shelter in a mountain village.

The initial rescue team encountered enemy fire resulting in the loss of one helicopter with all 16 crew members aboard.

Members of the 305th Rescue Squadron were tasked with attempting the second rescue mission. With only 10 feet of clearance between the mountainside and a cliff, the crew landed their helicopter in intense “brownout” conditions.